“I will be a great leader when…” 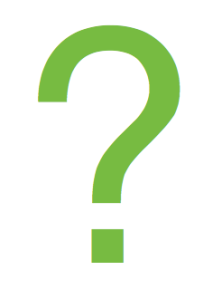 “I will be a great leader when…”

How would you finish that sentence?

Is it when you’ve mastered the leadership lessons of Jesus, Lincoln, Sun Tzu, Steve Jobs or any of the dozens of famous people profiled in popular books?

Or when you’ve been granted a certain title or set of responsibilities?

That’s what I used to think, that you could copy other leaders or simply be appointed to the position. It’s only recently I’m starting to understand that being a great leader requires something else. Something very different.

At work, we use the word “leadership” so often that its meaning has become diluted, often synonymous with “management” (as in the email you get announcing “the new leadership team”).

Kevin Kruse, an author of several books on employee engagement, attempted a more precise, useful definition in a Forbes article earlier this year, starting with what leadership is not:

“Leadership has nothing to do with seniority or one’s position in the hierarchy of a company.

Leadership has nothing to do with titles.

Leadership has nothing to do with personal attributes.

Instead, after further dissecting definitions from managers and management experts, he offers his own:

DEFINITION: Leadership is a process of social influence, which maximizes the efforts of others, towards the achievement of a goal.

I like this. It’s devoid of the usual tactics and cliches. The phrase “process of social influence” points to how leadership happens over time and how fragile it is. And the rest of the definition I choose to interpret as “helps others realize their potential towards some greater purpose.”

By that definition, though, I’ve never been a leader and haven’t experienced much leadership. So what does it take to become a great leader?

How to become a great leader

In “Presence” (a wonderful book by Peter Senge et al that I’ve referred to before), there is a chapter on leadership that’s unlike any I’ve ever read. One of the authors had interviewed a Buddhist master who’d just published a new interpretation of a work by Confucius called “The Great Learning”, written over 2400 years ago. He described the Confucian theory of being a leader as resting on a particular idea:

“If you want to be a leader, you have to be a real human being. You must recognize the true meaning of life before you can become a great leader. You must understand yourself first.”

“The cultivated self is a leader’s greatest tool,” they said. Given the complexity of the challenges we’re facing, leaders must work on “developing a capacity for delayed gratification, for seeing longer term effects of actions, for achieving quietness of mind.”

I’d never thought of leadership involving these things, but it made sense to me. How could I lead anyone if I’m not even in control of myself?

Now I also understood why I’d seen so few great leaders. “Understanding myself” and “achieving quietness of mind” have proven elusive for me and at times seem impossible. As they note in “Presence”:

“This idea is a cornerstone of traditional thinking about leadership in indigenous cultures, as it was in ancient China and India. But one reason this traditional view has been largely discarded is that it’s difficult…people who haven’t achieved this state will be obstructed by all kinds of different emotions – greed, fear, anger, anxiety – that will prevent them from making ‘right judgments.’”

As a result, we have people in positions of authority who do terrible things – to themselves, to the people they’re trying to lead, to their environment. And it’s because they’ve skipped the hard work of understanding themselves first. Because only when you know yourself can you help others know themselves and begin the “process of social influence” towards some higher aim.

“First you slow down and look deeply into yourself and the world until you start to be present to what’s trying to emerge. Then you move back into the world with a unique capacity to act and create.”

So how would you finish the sentence “I will be a great leader when…”?

For me, I will be a great leader when I’m in touch with myself, with my connectedness to the people and environment around me, and with a goal that unselfishly aims to help the world and the people in it.

I realize that might sound naive and that I may never become a great leader. But it’s worth the effort. As Peter Senge says, “cultivation, ‘becoming a real human being’, really is the primary leadership issue of our time, but on a scale never required before.”

Helping organizations create a more collaborative culture – and helping individuals access a better career and life – by spreading the practice of Working Out Loud.
View all posts by John Stepper →
This entry was posted in Management and tagged humanize, leadership, management, self-improvement. Bookmark the permalink.

32 Responses to “I will be a great leader when…”