The doctor at the fast food convention 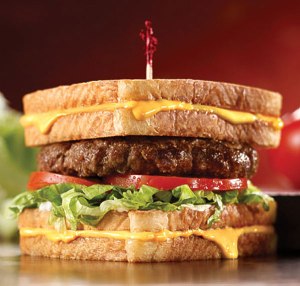 Can you imagine being a doctor at a fast food convention, trying to change the way people eat? Even if the attendees know the food is bad for them, they’ll be surrounded by it and by other people who eagerly eat it, so they’ll eat it too.

To try to help them, you’ll race around frantically, telling them about the benefits of eating right and exercising. Some will nod their heads. “Yes, we really should.” Then they’ll go back to doing what they usually do.

That’s what it can feel like when you talk about making work better in large companies.

Most people know there are better ways of working. They know their daily practices aren’t good for them. They know they’re not engaged. But for most of them it just feels too difficult to change.

So what do you do? Give up on all those unfulfilled people?

Yesterday, I was fortunate to be admitted to the Work Revolution Summit where I could  “join leading entrepreneurs, startup investors, futurists, organizational designers, and technology experts to fundamentally re-design the way we work.”

One of the organizers was Jessica Lawrence, who is both former CEO of the Girl Scouts and organizer of the NY Tech Meetup for entrepreneurs. One of the objectives of the summit was to help start-ups maintain “a ‘human’ company culture that helps both the employees and the company reach their full potential as the organization grows and scales.” And Jessica gave a fascinating talk about trying to change the culture while she was CEO.

There were several other great speakers, including Seth Godin. And I got to ask him a question about what to do when your are, in essence, a doctor at the fast food convention.

A question for Seth Godin 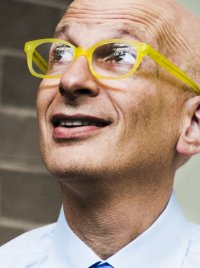 Seth Godin’s daily blog has done more to change how I approach work than anything else. And each time I hear him speak, I’m inspired to do more. This time, I had the chance the to ask him “What do you do when you’re preaching change and and it seems like only a small minority is interested in actually changing?”

He told me something that I know is right but I’ve had trouble putting into practice. Don’t preach to everybody. Don’t try to reach everybody. Many people are simply trying to hold onto their job and it’s too scary/hard/uncomfortable for them to do something different. Instead, find the people who are ready and eager for change. Connect them to build a tribe who wants to change. And equip and empower that tribe to extend the movement (giving them credit and control when they do).

A shift in tactics 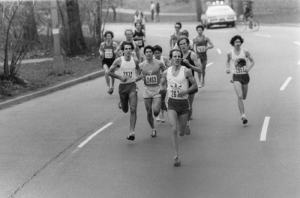 The first NYC Marathon in 1970

I was 6 years old when the first NYC Marathon took place in 1970. Only 127 people ran that race. Only 55 finished. And about 100 people watched. No one I knew heard of it. No one I knew ran at all. At the time, running a marathon seemed ridiculous.

41 years later, almost 47,000 people finished and almost 2 million people lined up along the route. It’s become the largest marathon anywhere in the world. And even I completed one.

Running marathons didn’t spread because Fred Lebow, the original organizer, went around telling everyone about the benefits of running. Instead, all 6 sources of influence came into play. Over time, there was more help to get you started and more motivation at the personal, social, and structural levels. More running books, more equipment, more races, more clubs, more visible rewards.  Over the course of a generation, more and more people just did it. 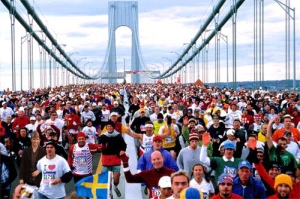 Growth of a tribe

So of course changing how people work isn’t simply about telling people. We’ll have to keep making it easier to work out loud. Keep writing about it and teaching it. Keep connecting advocates and equipping them to extend their own networks.

Just now, I joined the work revolution where I pledged “I will do whatever I can within my sphere of influence to promote workplaces that are profoundly human and deeply meaningful.”

It may take a generation, but we need to keep running.

8 Responses to The doctor at the fast food convention